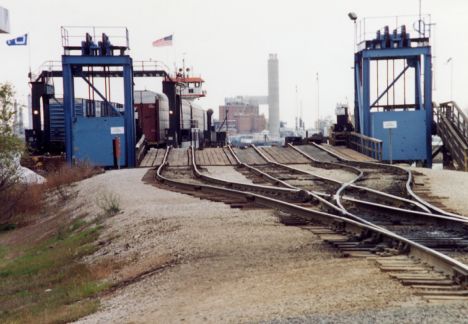 The Grand Trunk Western and parent corporation Canadian National railroad maintained railroad car ferry operations across the St. Clair River between Port Huron, Michigan and Sarnia, Ontario back into the later 1800's. When the single tube international railroad tunnel was built, the car ferry operation was limited but continued to be used for many years to transport high, wide or hazardous loads which were inappropriate for the tunnel. When the new wide tunnel was built, the ferry operations were discontinued.