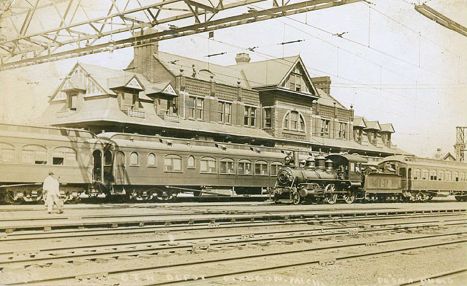 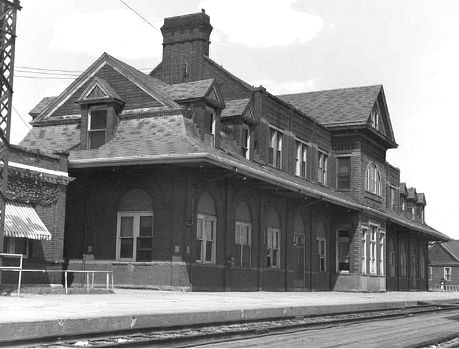 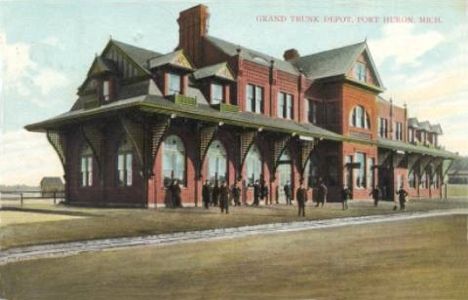 The Grand Trunk Western's primary station in Port Huron was located at the east end of the international tunnel near 16th Street. This depot was called the "Tunnel Station". The railroad also had a station in the early days at Fort Gratiot as well.

Photo Info/Credit: Top, a photo of the Tunnel Station at Port Huron in the early 1900's. A small 4-4-0 has brought in an older passenger train into the depot. Another mail line train is parked nearby. Note the catenary for electric tunnel locomotives. [TJ Gaffney collection]. 2nd photo, the same depot at a later date. [Charlie Whipp collection]. 3rd photo, a postcard view of the Port Huron station.