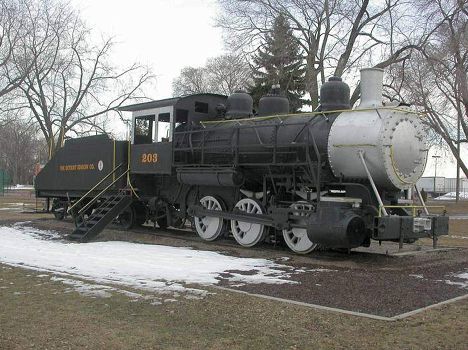 Marysville was settled in St. Clair County about 1843 with a sawmill being located here. It was formally called Vickery's Landing, Vicksburg and then Marysville in 1858. The town became a village in 1921 and a city in 1924. [MPN]

Marysville is located along the St. Clair River, four miles south of downtown Port Huron. It was served by the Port Huron & Detroit railroad for many years which was sold to the CSX system in the 1980's.