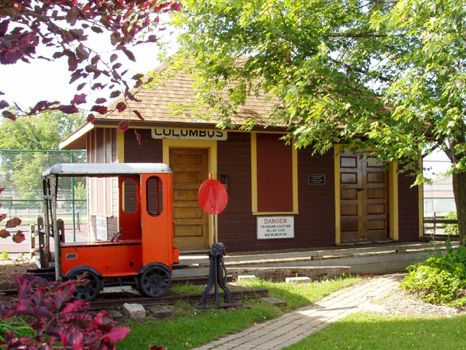 Columbus was settled about 1832 following the cutting through of the Fort Gratiot turnpike. [MPN]

The town was on the Grand Trunk Western's line running between Port Huron and Detroit, about 15 miles southwest of downtown Port Huron.