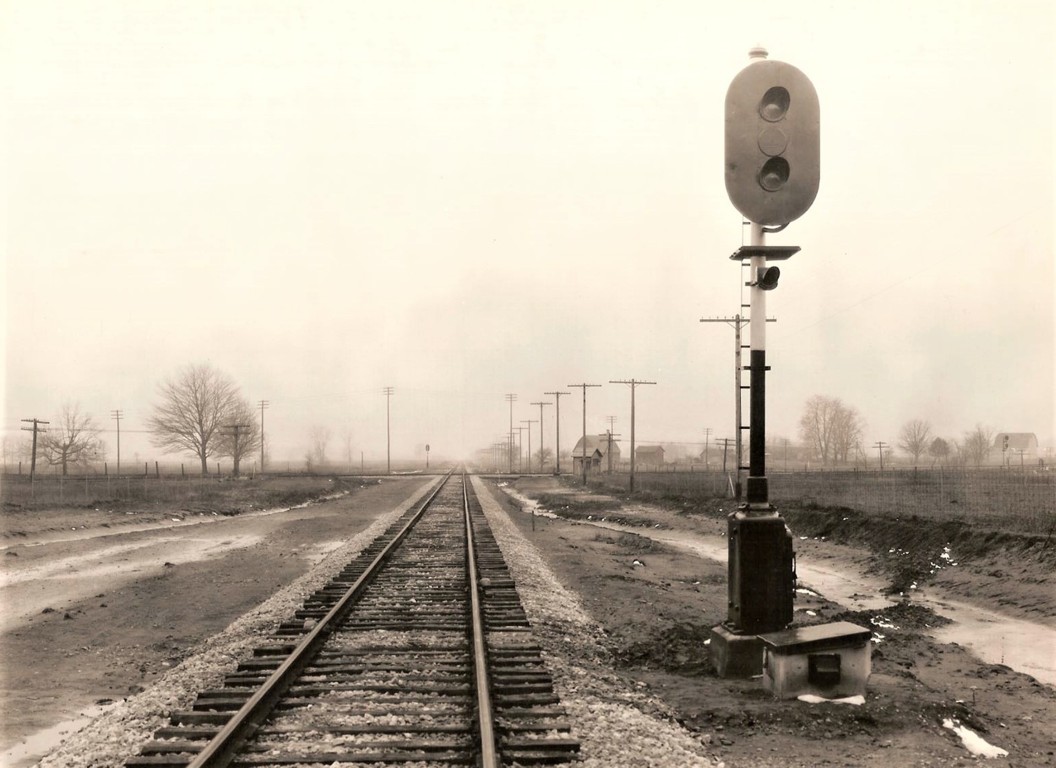 Petersburg Junction is a former crossing of the Detroit, Toledo & Ironton main line (Detroit to Ironton, OH) and the Toledo-Detroit railroad (?) which was built from Toledo (near Temperance) northwest to Petersburg and beyond to Dundee. This line was purchased by the DT&I and truncated north of Petersburg. The line from this crossing north into Petersburg became a short branch line, and the DT&I used the branch south to Toledo for a connection with the Toledo Terminal Railroad. The crossing was discontinued at this time but the location continued to be a junction point for many years.

The SE quadrant wye at Petersburg Junction had a 3-track yard including the wye itself. A telegraph operator was stationed near the Junction at a cabin near the east wye switch.

Both former Toledo-Detroit tracks are now gone. The location is now a passing siding on the Indiana & Ohio railroad which bought the former DT&I from the CN/GTW.

~1930. Petersburg is a village located about one mile northwest of Petersburg Junction. Two spur tracks formerly served small industries, but there is no business there now. At the Junction there are two tracks of 45-car capacity used for setting off cars moving between Toledo and points south on the main line. The end of double track is 1/2 mile south of Petersburg Junction. [DT&I blueprint, 1930's]