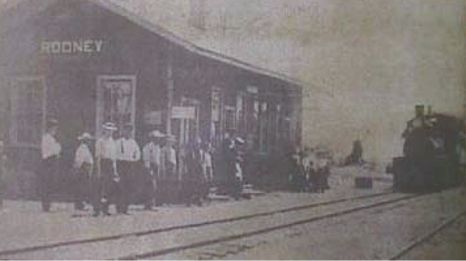 Rodney, in Mecosta County, was a station on the Detroit, Grand Rapids & Western railroad (later Pere Marquette). The village was founded in 1879 by the Hood & Gale lumber firm. [MPN]

Rodney was about eight miles east of Big Rapids on the PM branch line between Stanton and Big Rapids. It was also a junction point for a branch line north to Chippewa Lake.