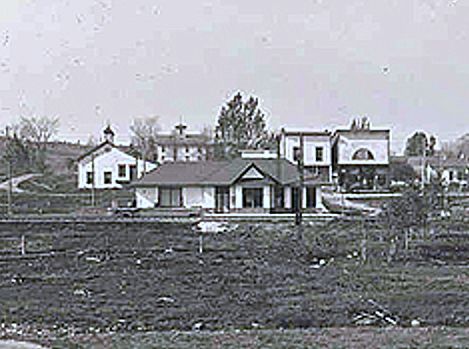 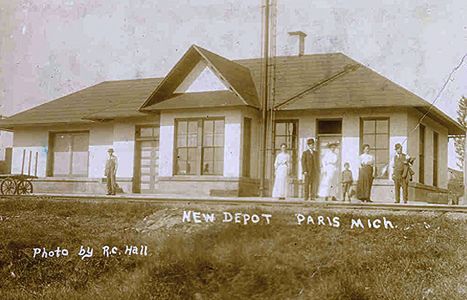 Paris was settled in Mecosta County in 1851. The village was first platted here in 1865 and given the name Parish but it was later changed to Paris in 1866 when the Grand Rapids & Indiana railroad came through. [MPN]

The GR&I line was later operated by the Pennsylvania railroad, then Penn Central before being turned over to the Michigan Northern railroad.

Photo Info/Credit: Top, the GR&I depot at Paris. 2nd photo, a close up of the depot here with a family posing for a photo. 3rd photo, Michigan Northern 1605, 1607 and 1605 pull a northbound train past the fish hatchery at Paris in 1984. [Neil Plagens]