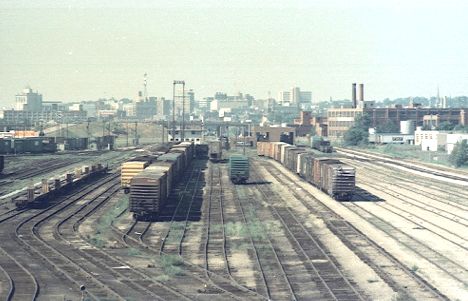 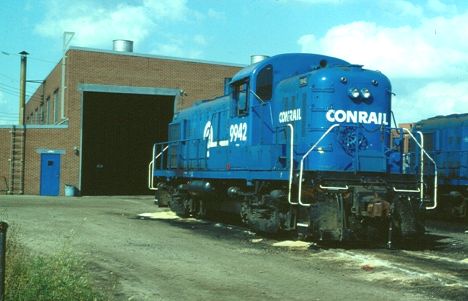 Hughart Yard is located in Grand Rapids next to US-131, between Burton and Hall streets.  Hughart is a mere shadow of its Pennsylvania Railroad days.  The Pennsy had a wreck train based there with the requisite steam crane and old diners and support cars.  Even farther back, they had a decent roundhouse and associated facilities under what is now the Hall Street bridge over US-131.  PRR also had, up until the early 1980's, a sort of glorified mini hump with a signal system that told the engineer what to do (i.e. stop, kick, back up, etc.).  They had two signals along the lead up towards Hall Street to do this with.  Hughart Yard also used to build trains for Fort Wayne, Cadillac and Mackinaw, and Muskegon in the PRR days.  After Penn Central ownership, they added Jackson and Elkhart trains and stopped building Fort Wayne trains.  This used to be a very busy yard up till the late 1980's. [Comment from "Doctor No" on the RRHX Bulletin Board in 2004]