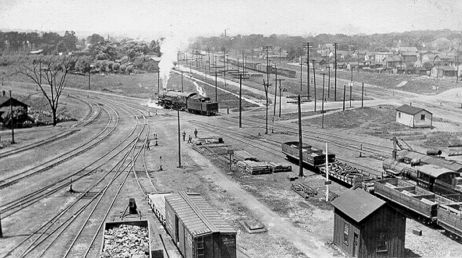 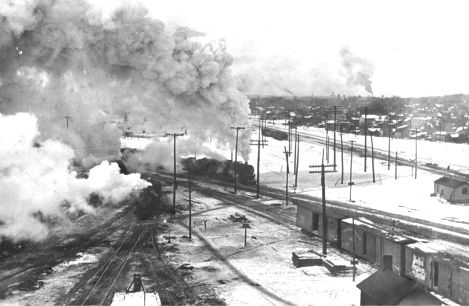 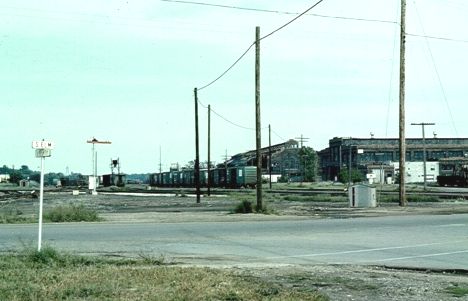 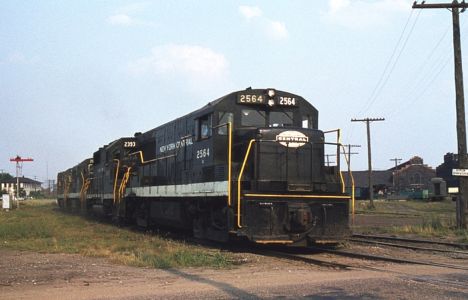 Jackson Junction was located at the Elm Street crossing of the Michigan Central railroad's main line in what became the City of Jackson.

The original MC and Fort Wayne & Jackson freight yard was located between here and downtown Jackson's union station. It is also likely that the FW&J branch line crossed the MC main line here to access their first depot on the north side of the MC and possibly tie in to the original Jackson, Lansing and Saginaw line. The Michigan Air Line railroad, which was a parallel line east from Haires connected to the MC yards at this location.

To the west of Jackson Junction, the MC moved its division yards from Marshall to Jackson and ultimately located yards, major locomotive facilities, two roundhouses, and car repair facilities here. The Michigan Division offices were also located here until the 1960's.

Jackson Junction also had a switch tender located on the ground here to line routes for arriving trains, and a crossing watchman in a tower at Elm Street.

Photo Info/Credit: Top, Jackson Jct. looking west, taken from the coaling tower. The locomotive is heading southwest on the wye which goes to OD tower. The main line is at the far right. The street crossing is Elm Avenue before it was paved. [Doug Leffler collection]. 2nd photo, a photo of Jackson Jct. taken from the same viewpoint in 1916. [Charles Milliken, Doug Leffler collection]. 3rd photo, a 1976 photo of Jackson Jct. looking east from across Elm Avenue. Note the large manually operated semaphore which was used to control rail traffic entering and leaving the yard. [Greg Bunce]. 4th photo New York Central train DC-1 is departing Jackson Jct. for Elkhart, Indiana, via the Air Line Branch. The target signal at the left was operated by the Jackson yardmaster. When it was horizontal trains were instructed to stop clear of Elm Street. A diagonal target gave permission to trains to proceed on the freight main. The Michigan Division office is behind the target at the left of the photo. 1960's. [Doug Leffler]

1906. Held Up Night Operator. As he was coming out of his office at the Junction, east of the city late last night, D. A. Bopomer, Michigan Central operator at the junction, was approached by three men. One of them, a negro, struck him a terrivic blow full in the face. Boomer staggered back into the depot and the men started to follow him, but hesitated a moment and then disappeared down the track toward the easdt. Not a word was said by any one of the three and Boomer is at a loss to account for the motive back of the assault. There was no money in the depot, nor is any ever kept there. [DFP-1906-0920]