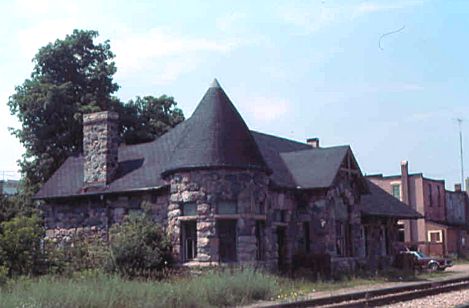 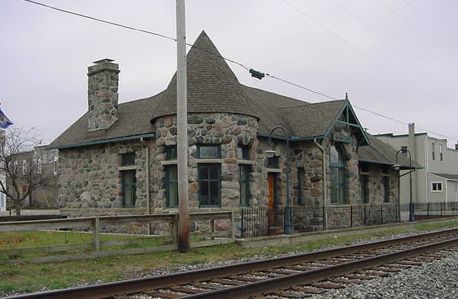 Grass Lake, in eastern Jackson County, was founded about 1829 and settled about 1842 with the coming of the State's "central" railroad. It became a village in 1871. [MPN]

Grass Lake area farmers were the subject of the Great Railroad Conspiracy in the 1850's who were arguing with the railroad about cattle that were allowed on to the railroad right-of-way.

Photo Info/Credit: Top, the MC stone depot at Grass Lake in 1975. [Charlie Whipp]. 2nd photo, the same depot about 2000 which has been restored. [Alan Loftis]

1917. The MC depot was staffed around the clock by an agent/operator. They also had a dedicated freight agent. [TRT]

1920. On the Michigan Central, this is a passenger, freight and express agency joint with the American Railway Express Company. Interline tickets are issued. W. B. Hughes is the agent. The telegraph call sign is "G". [MCOAS]