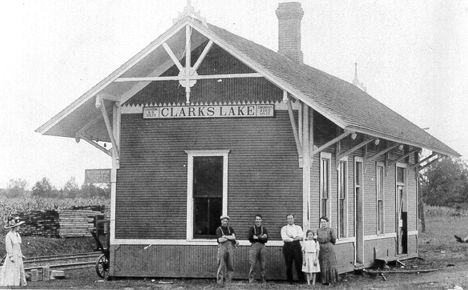 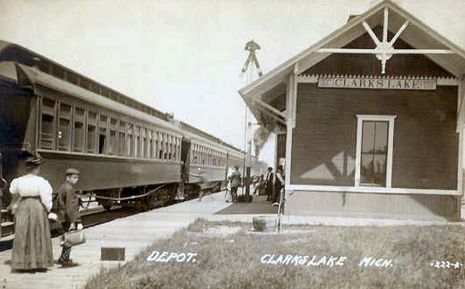 Clark Lake was settled in Jackson County in 1833 on the north side of the lake. It was also known by the name of Clarks and Clarklake.

Clark Lake,  known as Clark's Lake on the railroad, was at Milepost 9.7 on the NYC's former Big Four Cincinnati Northern branch.  In the late 1800's and early 1900's, Clark's Lake did a thriving passenger business for the resort area.  There were two sidings at Clark's Lake, one of which was taken up in December, 1923.  Clark's Lake also handled business at Kelley's Pit, located to the south of the Village.  There was a 36 car siding at Kelley's Pit, and the industrial siding to the pit was extended in 1920 to handle increasing business.  Kelley's Pit was no longer listed in the timetables by 1946.  [HCN]