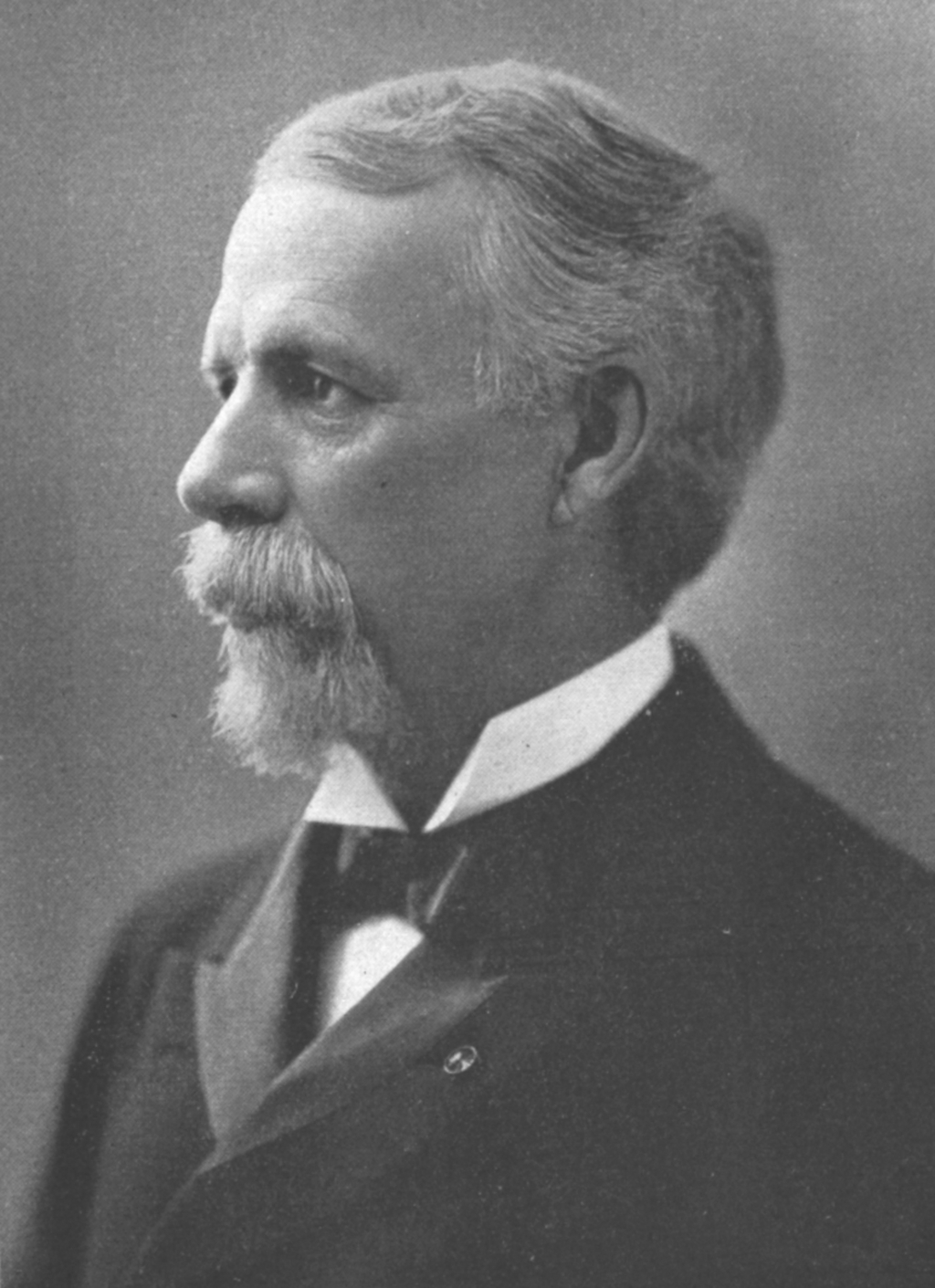 General Russell Alexander Alger, one of the principals in the formation of the Alger-Sullivan Lumber Company was no stranger to big business in general, nor to the logging business in particular. He was not a native of Michigan, having been born in Medina County, Ohio, in 1836. He moved to Michigan prior to the War of Yankee Aggression, and he purportedly accumulated wealth in lumber and logging. He was 11 years of age when both his parents died, leaving him with a younger brother and sister to support and without any means of existence. He worked on a farm in Richfield, Ohio, for the greater part of each of the next seven years, saving money enough to pay expenses at Richfield Academy during the winter terms.

He taught school for several winters and in 1857 he began studying law in Akron, Ohio. In 1859, the Ohio Supreme Court admitted him to the bar. After that Alger moved to a law office in Cleveland, and continued his studies. He soon abandoned law practice and moved to Grand Rapids, Michigan, to try his hand in the lumber business. He moved to Detroit where he joined the Union Army. His record as a cavalry officer (Captain) was brilliant and honorable to himself and his company. He participated in some of the fiercest contests of the conflict and was twice wounded. His first injury was received in the battle of Booneville, Miss., July 2, 1862. His conduct in this engagement was so distinguished that he was promoted to the rank of Major. The zeal he displayed as an army officer eventually brought him promotion to major general, United States Volunteers. During his tour in the Deep South, it is said he was impressed by the tremendous stands of virgin pine timber. This is likely where the idea of entering the logging and lumber business in the South originated.

On the 6th of July 1864, in the battle of Boonesboro, Maryland, Alger was wounded again. Because his wounds from the war were telling on his health, in October 1864, he was compelled to retire from the service. His career as a soldier included many of the most celebrated contests of the war. He was an active character in all the battles fought by the Army of the Potomac, from the time of the invasion of Maryland by General Lee in 1863, up to the date of his retirement, with the exception of those events that occurred while he was absent from duty on account of wounds. In all, he took part in 66 battles and skirmishes. At the close he was brevetted Brigadier General and Major General for "gallant and meritorious services in the field." Aside from regular duty, General Alger was on private service during the winter of 1863-4, receiving orders personally from President Lincoln and visiting nearly all the armies in the field.

Alger went back to Detroit in 1865, and from that time was extensively engaged in the pine timber business and in dealing in pine lands. He became head of the firm of R. A. Alger & Co., the most extensive pine timber operators in the West. He became president of the corporation of Alger, Smith & Co., which succeeded R. A. Alger & Co. He was also president of the Manistique Lumbering Company and president of the Detroit, Bay City & Alpena Railroad Company, besides being a stockholder and director of the Detroit National Bank, the Peninsular Car Company and several other corporations.

He was elected Governor of Michigan in 1884, but declined his party's nomination in 1886. He was a presidential elector on the Republican ticket in 1888 and was appointed Secretary of War in the Cabinet of President William McKinley on March 5, 1897. He resigned as Secretary of War in 1899 to be appointed and subsequently elected as a Republican to the United States Senate to fill the vacancy caused by the death of James McMillan. He served from September 27, 1902, until his death in Washington, D.C., January 24, 1907. While a Senator, he was chairman of the Committee on Coast Defenses (Fifty-ninth Congress), and served on the Committee on the Pacific Railroads (Fifty-ninth Congress). His interment was in Elmwood Cemetery, Detroit, Michigan.

With all his accomplishments, Alger's name became synonymous with ineptitude. In 1897 President McKinley named him Secretary of War, but he proved a timid and inexperienced leader. His two major errors lay in not supporting greater preparations for war and for imagining that large groups of men could be made battle-ready relatively quickly. Further, a feud erupted with army General Nelson Miles and the press attacked the War Department severely with charges of mismanagement, particularly when viewed in contrast with the shining successes of the Navy. Consequently, "Algerism" became a synonym for venality and lack of ability and McKinley chose to ignore both General Miles and Secretary Alger when making crucial strategic decisions.

Alger finally resigned on August 1, 1899, but with the publication of his book, "The Spanish American War," he may have gotten revenge by exposing many of the errors of the armed forces in conducting the war. The book contained chapters titled "Unpreparedness for War," "Appointments and Importunities" (alluding to political appointments in the Army), "Embarkation at Tampa" (telling of the confusion and costly use of a port too small for the scale required for an army; also about the wool uniforms provided during the heat of a tropical summer), "The Miles-Eagan Controversy," and "Camps and Disease" (telling of the terrible conditions of the camps for the army).

One thing we do know today is that General Alger was one of the motivating forces behind the establishment of the town now known as Century, Florida. Little did he know his foresight and work would have a profound effect on those of us living here today, as well as so many other thousands who are influenced to this day by a single investment in a sawmill.