Livernois Yard was home for Michigan Central's terminal locomotive facilities and it had two very large roundhouses, coaling facilities and water facilities - along with other things like stock yards, car shops and later intermodal facilities.

The coaling tower at Livernois Yard was one the the larger facilities built in the United States. We have also included a very old photo of a wooden elevated coal bunker at Livernois Yard which likely preceded the concrete version.

Bottom - Circa 1900.  This wooden coal bunker was loaded by pushing coal cars up the steep embankment and dropping their contents into the wood bins.  [Library of Congress] 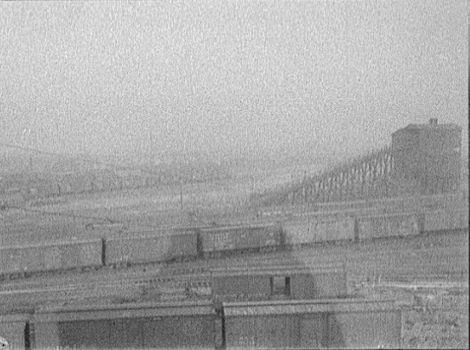